“I have used the fan as a medium or shape to record family memories, speak against Jim Crow, and call for mercy and justice.” – Ife Nii Owoo

Philadelphia artist Ife Nii Owoo is an artist who creates visually dynamic fans that combine hand-painted watercolor paper with photo-based images, monoprints, and recycled found objects. She created her first fan in 2007, in honor of Phylis Wheatly (also spelled Phillis Wheatley), the first African American to publish a book of poems. Ife said that she was “inspired by her poems and life’s journey…and the church fan was a culturally symbolic form on which to capture Phylis’s spirit.”

For Ife, fans represent feminine power, they are associated with African American spirituality, and are historically functional forms to stay cool. Ife has a vivid memory of her great aunts on a hot summer day, “fanning away discomfort while praying at my grandmother’s funeral.” Ife’s creative practice melds her personal family history and spirituality with issues of racism and calls for mercy and justice. She views her fans “as a platform to create a spirit of memory and amulets of protection.” 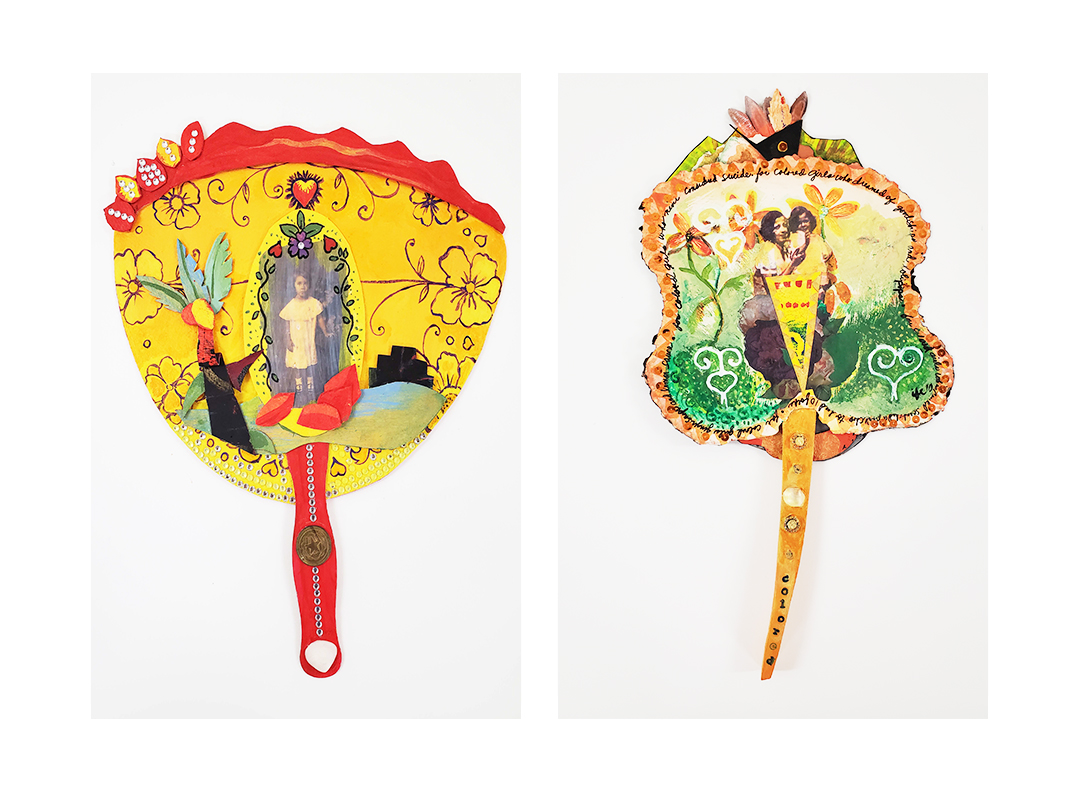