Between Terminals A-East and B

Located less than one mile from Philadelphia International Airport, Fort Mifflin is one of the only remaining American Revolutionary War battlefields still intact and remains Philadelphia’s only fort.

Fort Mifflin, today a National Historic Landmark, was built in 1771 by the British. Years later, in 1775 at the start of the Revolutionary War, the fort was secured by American troops and guarded by the Pennsylvania Navy. At this time, the fort was known as Mud Island Fort because of its marshy location in the Delaware River. It was re-named in 1777 after Thomas Mifflin (1744-1800) – a major general in the Continental Army and later governor of Pennsylvania.

That same year, in September 1777, the fort faced its greatest challenge. At this time, the British occupied Philadelphia. With winter approaching, the British Navy desperately needed to bring supplies – food, clothing, weapons and gunpowder –up the Delaware River to its troops in order to sustain their pursuit of General George Washington. The British needed to attack Washington’s Continental Army before they established winter encampment at Valley Forge where they would wait out the bitterly cold months, continue to train troops, and plan future battles.

It was the heroic duty of approximately 400 hundred American soldiers stationed at Fort Mifflin to fight the British Navy “to the last extremity” and enable Washington’s safe arrival at Valley Forge. The soldiers at Fort Mifflin were extremely outnumbered, yet they fought valiantly for nearly 6 weeks. It has been said that within one hour, 1000 cannon balls were fired at the fort.

Finally on November 15, 1777, the surviving American soldiers were out of ammunition so they set the fort on fire and evacuated. It was reported that the soldiers “crossed to New Jersey leaving Fort Mifflin ablaze, but the flag still flying.”

The battle at Fort Mifflin has been described as the “greatest bombardment of the American Revolution and one that many say changed the course of American history.” Washington and his troops emerged from their winter encampment at Valley Forge as a much stronger army and eventually won the war. 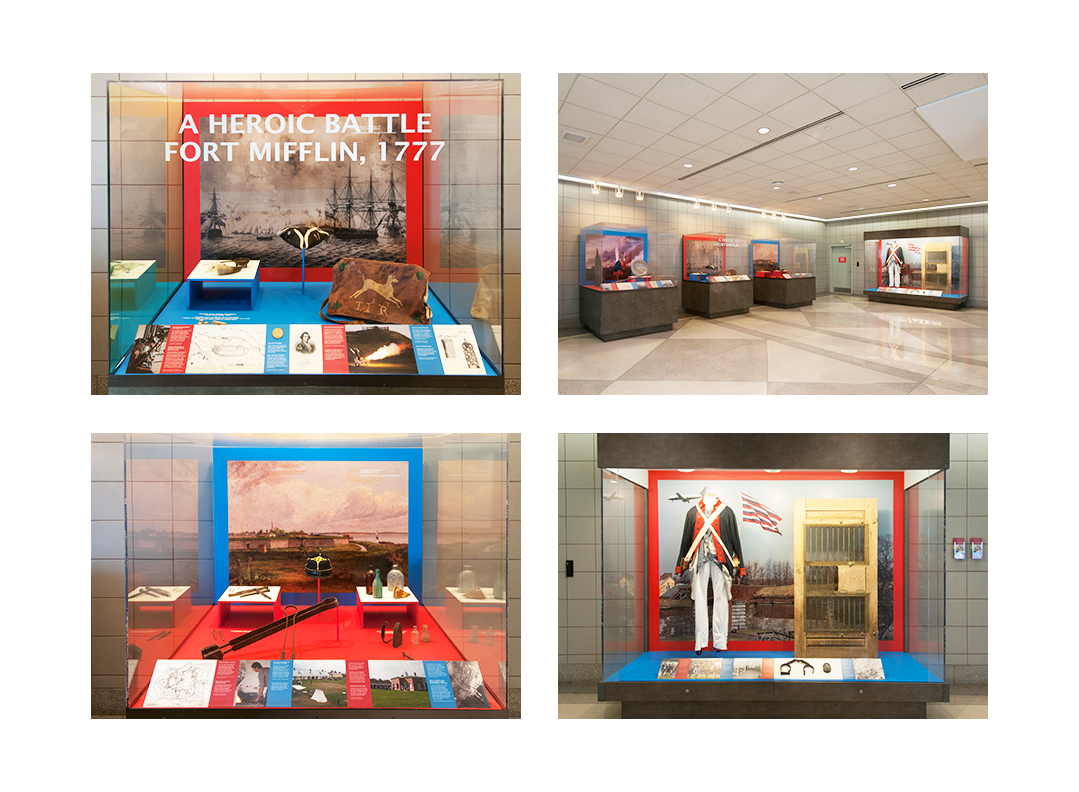