"You're not autistic, you're Autisarian. Find the gift…My definition for Autisarian would be a person who has gifts left by autism, a person who has found and accepted those gifts. I believe that all autistic children have that in them. I ain't saying that for sure, and maybe not—but I would challenge somebody to say, 'Hey, you prove to me that they don't.'"

What is an Autisarian?

“An Autisarian is a person born with superhuman abilities due to the disorder known as autism. There are many of us around the world, some have found their ability, but sadly most have not. There's good and bad in autism, sometimes it's my worst enemy, but mostly my best friend. I was sent here from the Realm of Nevaeh to show the world that autism isn't a disorder. It's the evolution of the human race. My name is Kambel Smith, I am an Autisarian.”

Philadelphia artist Kambel Smith is known for creating large-scale architectural models using found cardboard, foamcore, gouache, oil paint, charcoal, and tape. Smith’s recreations are not intended to be exact replicas. They are all made by hand, without scaled measurements, and without any sketches. Smith says, “I’m just trying to make it look like real life.”

His models are based on pictures that he sources from the internet. Much of his work documents Philadelphia’s historical buildings and iconic structures that include the Benjamin Franklin Bridge, Betsy Ross House, City Hall, Divine Lorraine Hotel, Guild House, Independence Hall, Lincoln Financial Field, Pennsylvania Academy of Fine Arts, Philadelphia Museum of Art, and PSFS Building. He has also re-created buildings and structures outside of the city like the Flatiron Building (NY), Georgia State Capitol, Manhattan Bridge, Tbilisi Bridge, Westin Hotel Atlanta, and the White House.

Throughout Smith’s work, the patience required and overwhelming attention to detail is mesmerizing. The artist’s hand remains evident throughout as the use of salvaged cardboard naturally lends itself to surface imperfections. 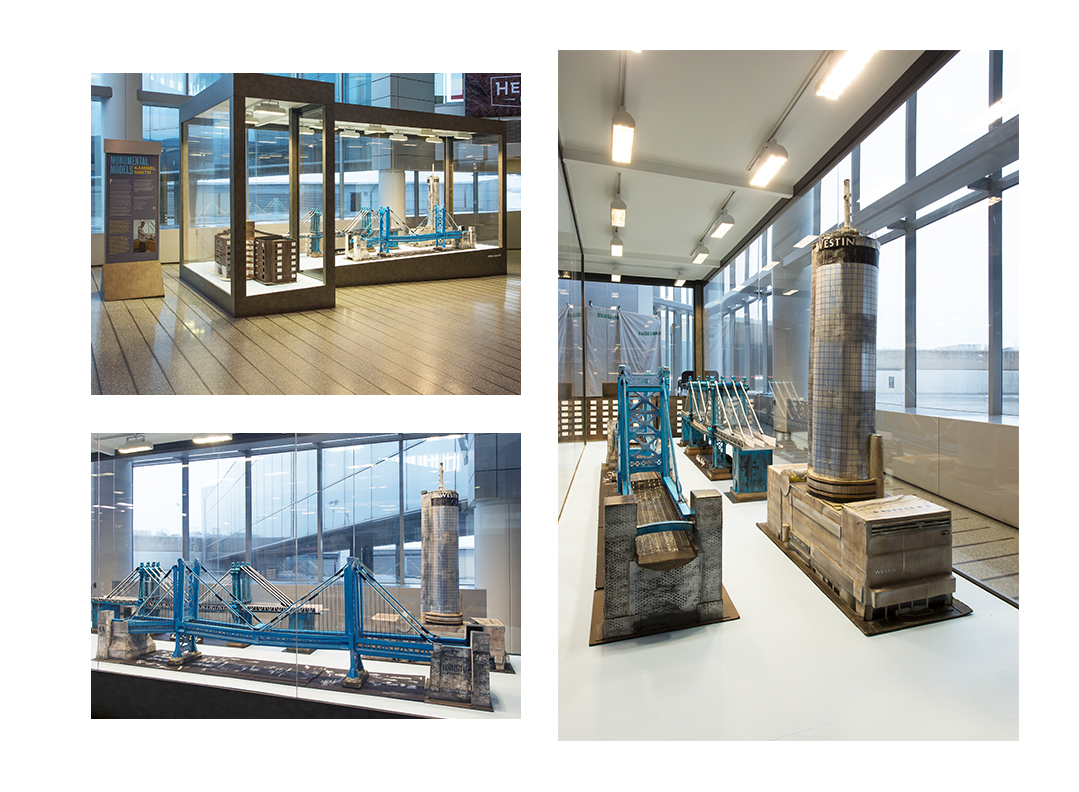