In recognition of International Women’s Month, PHL shines the light on women who work in traditionally male dominated fields at the airport. The women in these fields are remarkable because they continue to step into roles that require skill, patience and confidence and they encourage other women to do the same.

At PHL, Philadelphia Fire Department’s (PFD) Engine 78- Aircraft and Rescue Firefighting unit (ARFF) and Medic 30 are on standby for any emergency that occurs within the terminals, or any aircraft that may be in distress. Crews are prepared to respond to crises that include catastrophic damage to an aircraft, emergency evacuations, and assisting sick flyers.

Lieutenant Monica Woodhouse, Firefighter Michele White and Paramedic Robin Burns have been active members of the PFD for 25, 26 and 23 years respectively. When asked what brought them to their professions, their answers varied.

Woodhouse says she was encouraged by a family member who was an active firefighter. He suggested she try something outside of “normal” work for women. What she discovered is a career that makes her proud.  Woodhouse is equally proud of her children, including a daughter who followed in her footsteps and works as a PFD Dispatcher.

White joined the Fire Academy when she returned home from her time in the military. While enlisted, White was exposed to work that was non-gender specific, so exploring work as a firefighter was not far outside of consideration.

Burns said that she always wanted to help people and to her, working in emergency medical services (EMS) was the best way to do that.” Burns feels like she made a great choice for herself and her family and is moved by those she has helped over the years.

When Woodhouse, White and Burns entered the academy, they were all single mothers. Their salaries provided their families with financial security. They were also afforded unlimited opportunities for continued education and growth through departmental promotions. Burns said, “There’s no better feeling than being a role model to your kids and their friends.”

While they all admitted that they felt like they had to work harder than men to earn the respect in the department, they are proud of the accomplishments of all the women in the PFD, especially the ones assigned to Engine 78, Medic 30. In addition to Woodhouse, Burns and White, they are Firefighters Jennifer Leary, Fiona Fowler, Jennifer Tinkler, Judith Ajibade, Karen Eli, and Fire Service Paramedics Theresa Stringer and Tanji Michael.

When asked what advice they would give women who are interested in working for the PFD, Woodhouse, Burns and White offered:

The women assigned to Engine 78, Medic 30 consider each other family. They have seen each other through career growths and the growth of their families.

Woodhouse, White and Burns and the other women working at Engine 78, Medic 30 exemplify excellence in their roles. We are proud to have these women demonstrate strong leadership to other women (and men) in emergency response.

Thank you to the women of the PFD for your example of positive representation to women everywhere. 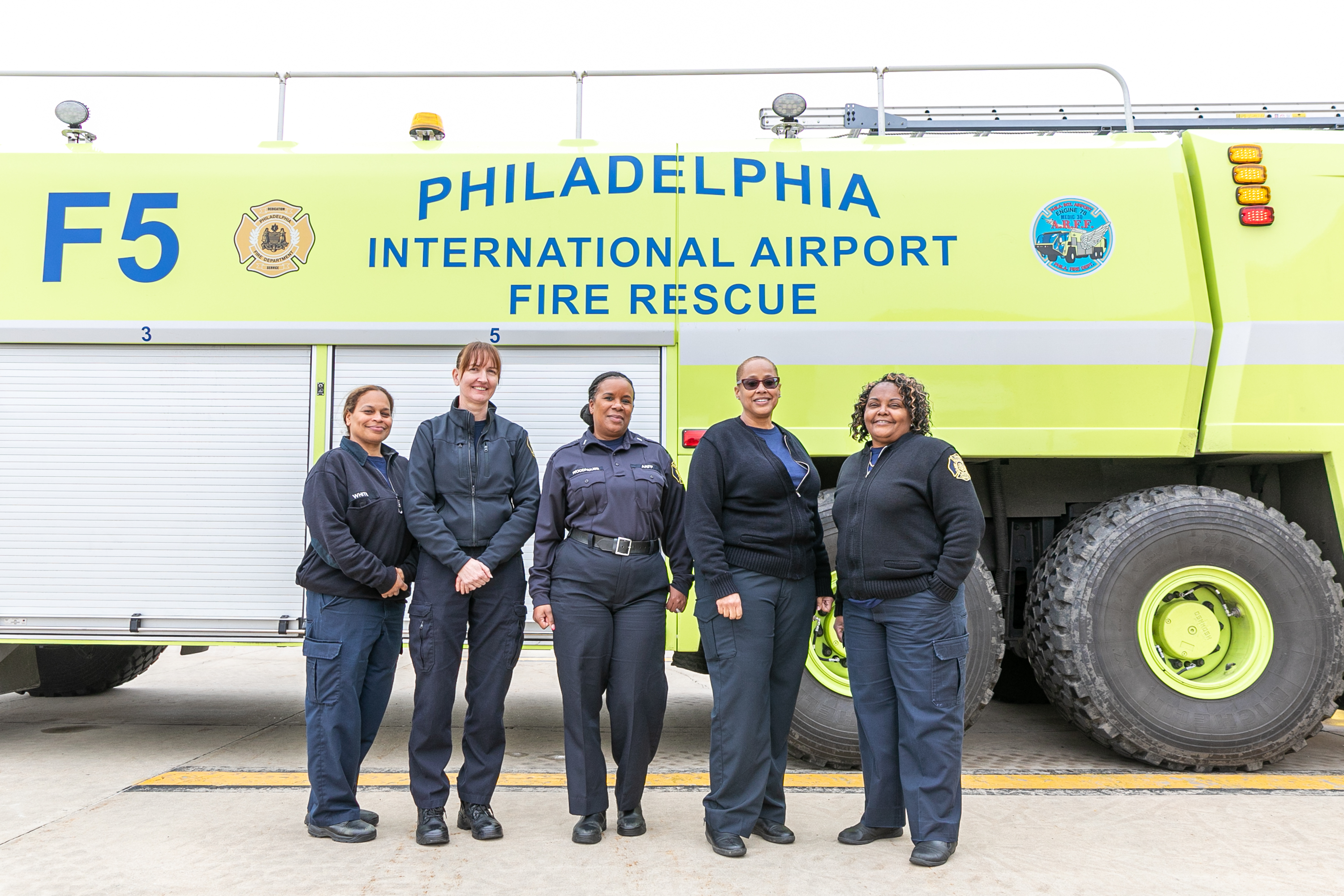