The BlackStar Film Festival is a celebration of the visual and storytelling traditions of the African diaspora and global communities of color and showcases films by Black, Brown, and Indigenous people from around the world. BlackStar elevates artists who are overlooked, invisibilized, or misunderstood and celebrates the wide spectrum of aesthetics, storytelling, and experiences that they contribute.

"The airport is honored to present this retrospective exhibition that features photographic highlights of the film festival, which began in 2012,” said Leah Douglas, Director of PHL’s Guest Experience Department and Curator of the Airport Art Program. “As Philadelphia is the home of BlackStar, PHL proudly shares their mission and vision with the world. Happy 10th!" 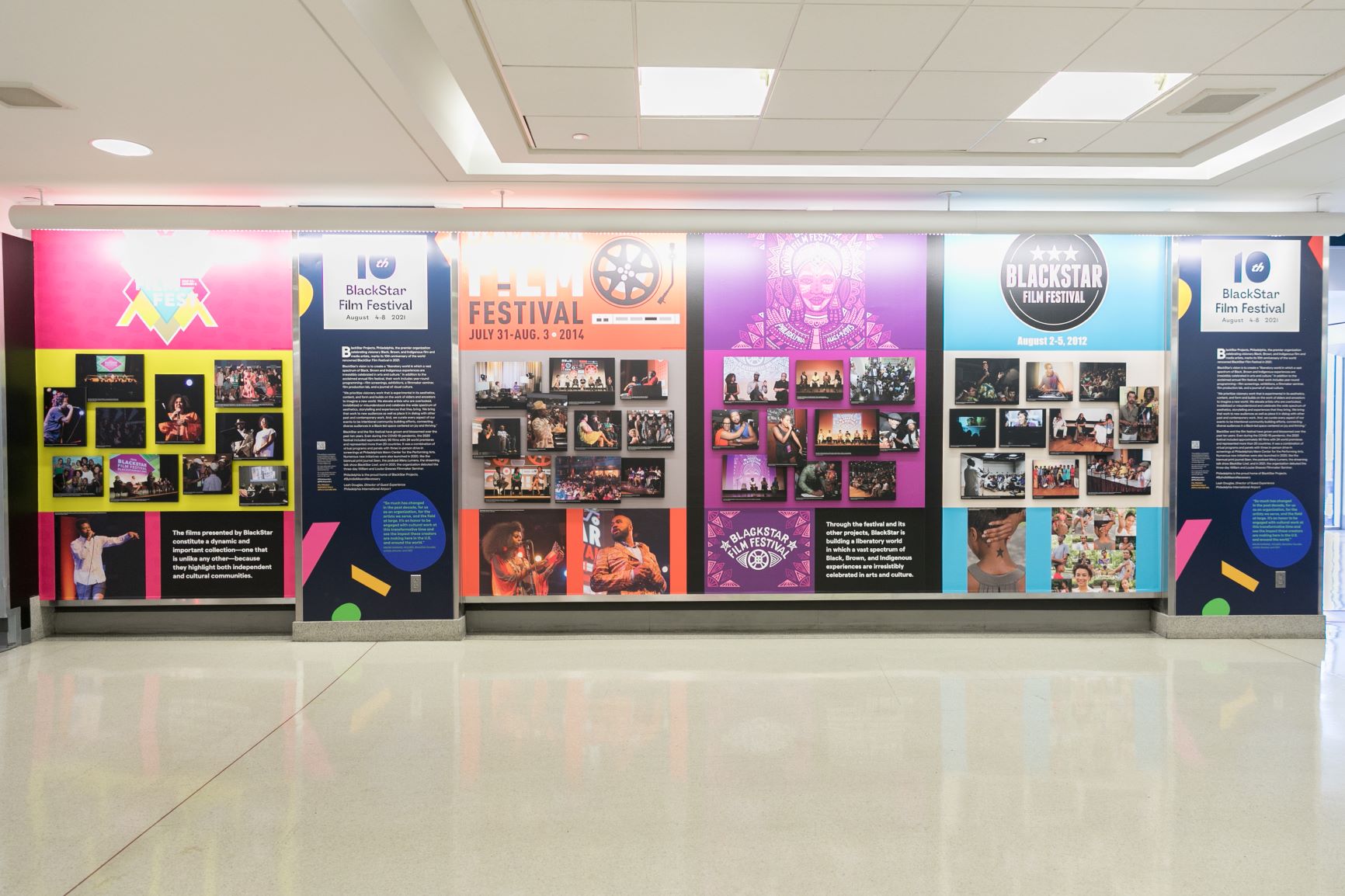 The exhibition includes select photos from each of the festivals from 2012 – 2020, pre-recorded music featuring Black, Brown, and Indigenous artists and a video edited by BlackStar. It is located near PHL’s A-East Terminal checkpoint and accessible to ticketed PHL passengers.

"In celebration of BlackStar’s 10th anniversary, we are thrilled to share the incredible history of the organization through this new installation in partnership with Philadelphia International Airport,” said Maori Karmael Holmes, Artistic Director and CEO of BlackStar. “We are deeply grateful for the opportunity for this special behind-the-scenes look at the festival’s growth and evolution, and hope anyone interested joins us for the festival this August!"

In addition to BlackStar’s annual film festival, the organization’s work includes year-round programming such as film screenings, exhibitions, a filmmaker seminar, film production lab and a journal of visual culture.