Philadelphia International Airport (PHL) recently completed pavement repairs at the Terminal D/E apron, replacing the most frequently used sections of concrete pavement within the terminal's alleyway. Much of the existing apron and taxilane pavement was over 60 years old and exhibiting signs of structural and environmental distress. 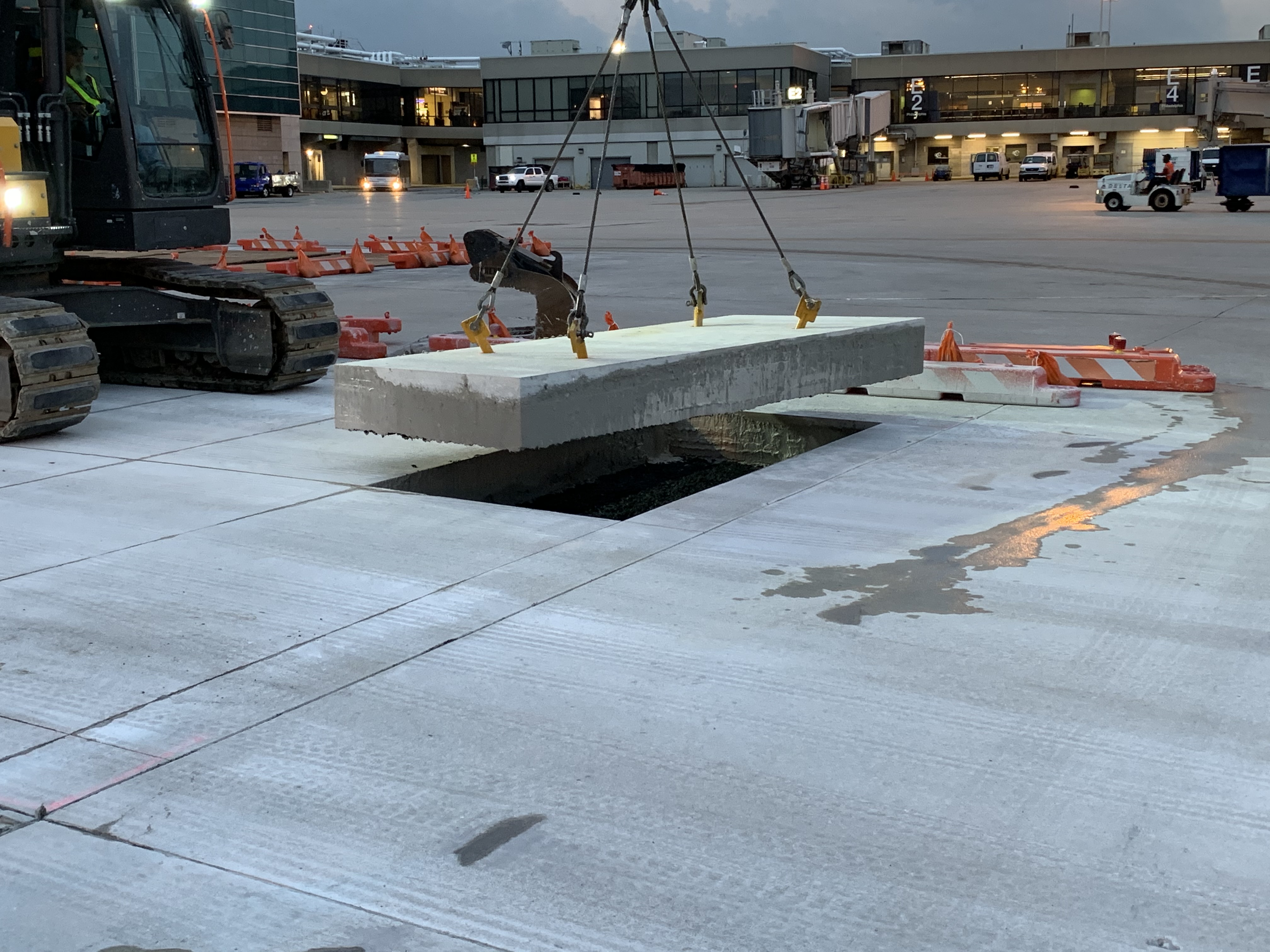 The areas in need of most attention were found at locations heavily trafficked by taxiing aircraft. The project originally called for replacing 55 medium-to-high severity shattered panels, routing/sealing of all concrete joints within the project limits and repairing spalled and cracked concrete. During construction, the project team coordinated a simplified and logical re-phasing of the work to enhance operational safety and reduce impacts to PHL's stakeholders by verifying and confirming safe clearances were maintained for taxiing and parked aircraft. As the result of the re-phasing, cost savings and efficiencies gained, PHL was able to complete more than 100 total full-panel replacements.

The overall goals for this project were to replace specific sections of the apron pavement that had the potential to further deteriorate and become foreign object debris (FOD) hazards and to raise the apron's pavement condition index to a more acceptable level. The pavement condition index is a rating scale based on visual inspection and other means of physical pavement testing to determine the current condition and quality of a pavement structure and predict the pavement’s remaining useful service life. The improvements provide a more permanent solution to chronic pavement failures within the Terminal D/E alleyway and will mitigate the need for routine maintenance and emergency pavement repairs which often result in significant impacts to airport operations and gate availability.

Full reconstruction of the entire apron is set to take place in the coming years.