PHL’s international air service is not only an economic generator for the Greater Philadelphia region (approximately $2 billion annually pre-COVID-19), the airport’s foreign flights are a lifeline for many travelers. When a federal order prohibited PHL from accommodating international flights for six months, fliers were forced to make alternate, often inconvenient plans. 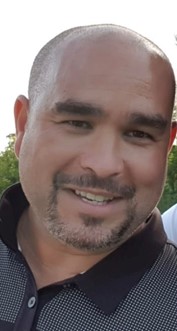 David Jones (above) moved to the Philadelphia area from England for college more than 20 years ago. With his parents still living in London, Jones frequently flies British Airways from PHL for visits. “PHL has been my airport of choice since I came here,” said Jones. “Living locally makes it an easy commute. Having to fly to other locations and then get to Philadelphia is inconvenient to say the least.”

As soon as he read on social media that British Airways was returning to PHL, Jones changed an existing reservation from New York to Philadelphia and was on a flight from PHL to visit his family the following week. 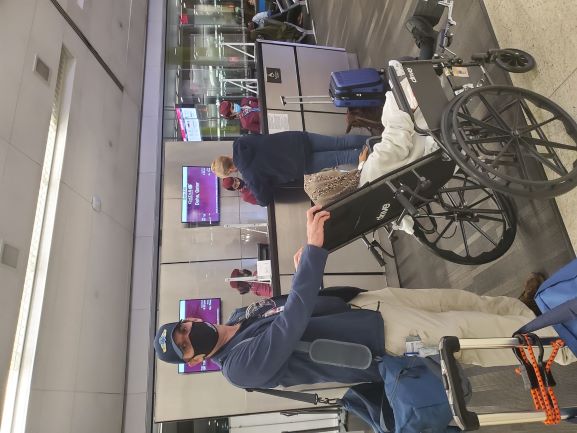 “One of our client groups are medical travel insurance companies [MTICs]. Before the current pandemic, MTICs would often call us late in the afternoon, asking how quickly we could get a nurse to Europe to repatriate,” said Bob Bacheler, MSN, CCRN, CFRN, Flying Angels’ Managing Director (pictured above escorting a passenger on a recent flight from PHL). “Thanks to our base here in Philly and British Airways’ late evening flights from PHL to London-Heathrow, we were frequently able to get one of our RNs on their way the same evening.  It was often easier to get an RN from PHL to anywhere in Europe on short notice than one of our European-based RNs from one part of Europe to another.”

When international flights were suspended at PHL, Flying Angels’ Philadelphia regional staff utilized Newark (EWR) and New York (JFK) airports. “We have had to ground transport several of our patients out of the tri-state area, including Maryland, to EWR and JFK for flights,” said Bacheler.  “While EWR is not a bad trip, ground to JFK is not much fun.”

“During the months we weren’t able to accept international flights at PHL, private citizens, elected officials, associations, institutions and companies reached out to us and told us how crucial this service is for them,” said PHL CEO Chellie Cameron.  “Many reasons were similar to those expressed by David and Bob. I thank everyone who supported our petition to resume international air service at PHL and I look forward to seeing them at the airport when more carriers resume their international service from Philadelphia.”