When a momma-to-be bird needed a place to make a special delivery, she made a landing at Philadelphia International Airport (PHL) - on one of the Division of Aviation’s Chevy Bolt electric cars. The mourning dove and two eggs were

“We called the Schuylkill Valley Nature Center and they advised us to leave the nest in place so that the momma bird could find the nest,” said Api Appulingam, Deputy Director of Aviation, Capital Development. “To our surprise, momma bird came back and kept a very close eye on her eggs for three weeks.”

While waiting for the new arrivals, the Capital Development Group 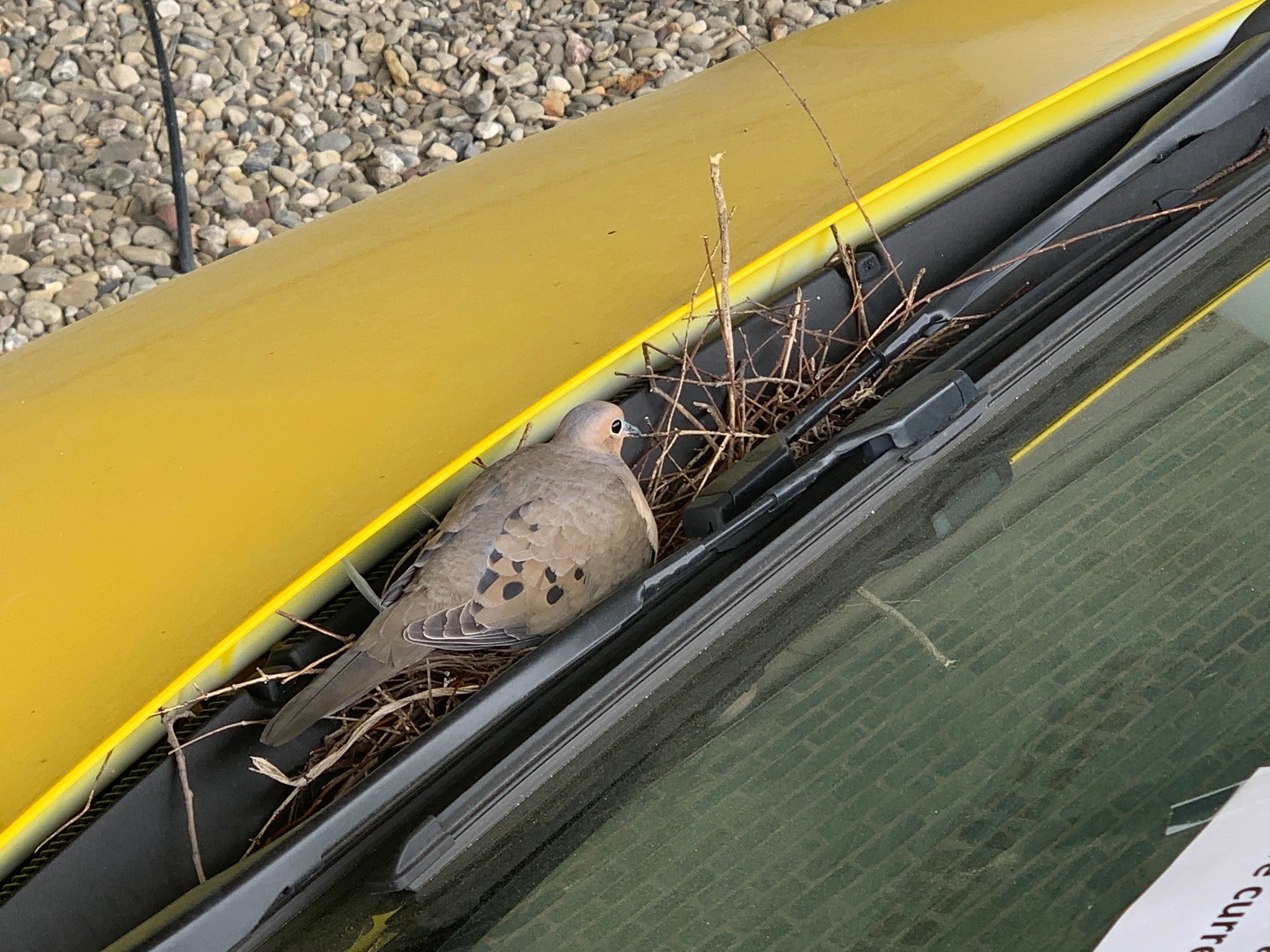 held a momma bird/nestling naming contest. The winning names? DOA (pronounced du-a) for Division of Aviation, and Chevy and Bolt to pay homage to the make and model of the vehicle they chose as their temporary home.

“DOA welcomed Chevy and Bolt on April 30,” said Appulingam. “A lot of our staff members have been keeping a watchful eye over them making sure they are okay.”