Members of the City of Philadelphia’s Division of Aviation, elected officials and community representatives celebrated the completion of Northeast Philadelphia Airport’s (PNE) runway 6-24 reconstruction project at a ribbon cutting ceremony on October 28. 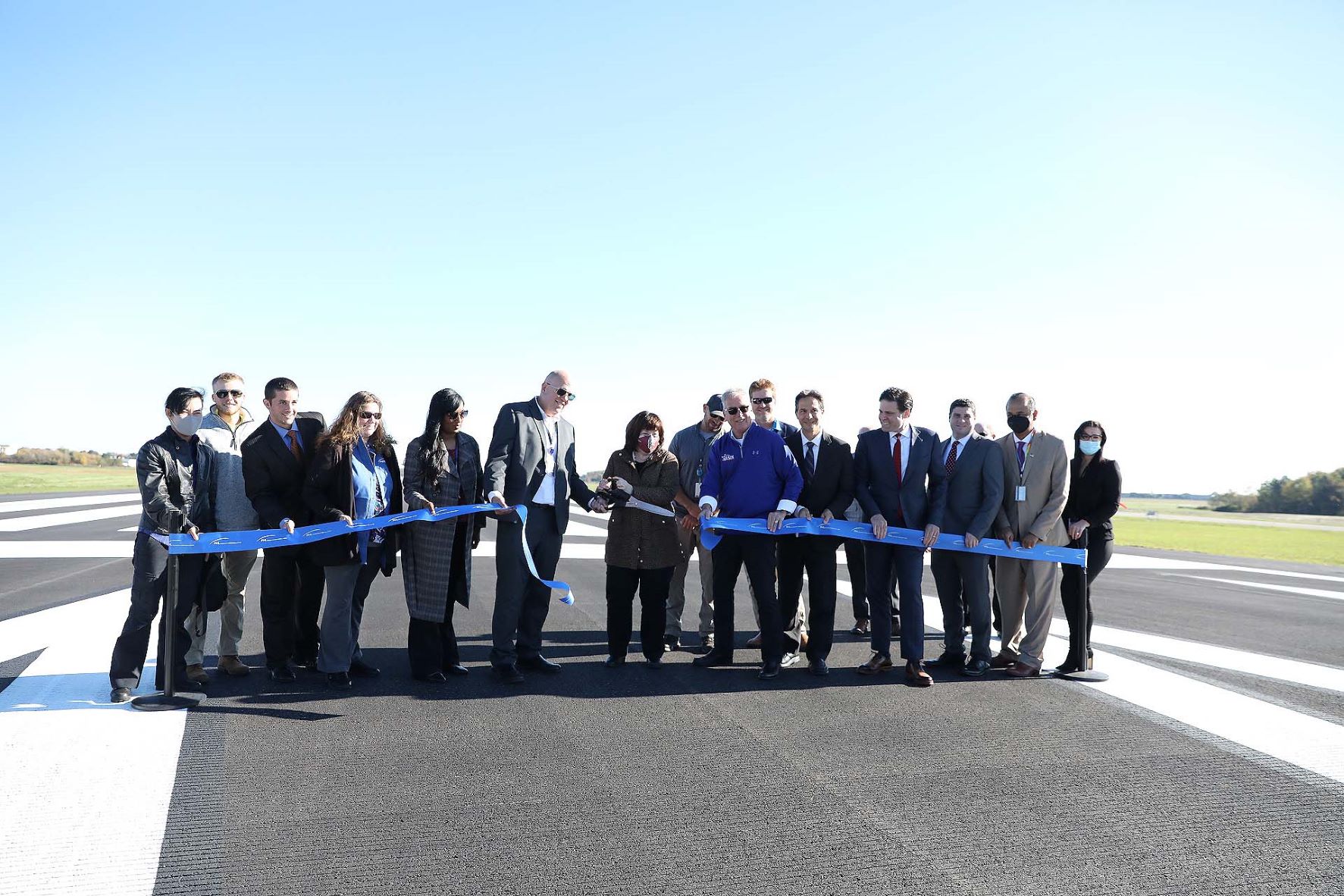 Runway 6-24 is PNE’s primary runway, seeing about 60 percent of the airport’s traffic. The multi-phased reconstruction project began in April 2019 and included runway pavement strengthening; reconfiguring the geometry of the runway and taxiways to the latest FAA standards; and converting the existing incandescent lights and signs for the entire 7,000-foot runway into new LED lights and signs.

"The runway 6-24 project demonstrates the critical need for investing in airport infrastructure," said Division of Aviation CEO Chellie Cameron. "PNE’s annual regional economic impact is almost $500 million and 3,150 jobs. The majority of this impact is a result of general aviation, as well as manufacturing activity at the Leonardo Helicopter facility located at PNE. Without continued investment in the airport, those jobs and the aviation activity could go elsewhere. The loss to our regional economy would be devastating."

PNE is also a reliever airport for PHL. The strengthening of runway 6-24 was needed to allow the airport to safely be able to accept aircraft like B737s and A319s in the event of an emergency.

The project totaled $37 million. More than half of the project was funded by grants, including $19.7 million from the Federal Aviation Administration and $582,000 from the Commonwealth of Pennsylvania.

In July, the project require a two-week closure of PNE to fixed-wing aircraft to accommodate the reconstruction of the intersection of runways 6-24 and 15-33. Watch a video of this project here: