Philadelphia International Airport (PHL) was awarded Uber’s Innovation Award as part of Uber’s inaugural Airport Award Initiative. PHL was recognized as the airport that adapted to facilitate consistent service to its shared riders and passengers during an unprecedented time in travel.

Despite the ongoing impacts from the global pandemic, airports continued the work of improving the ground transportation experience, commitment to innovation, and best customer experience. PHL competed against all US/Canadian airports and was one of three airports recognized for their innovations. PHL won for creating a best-in-class rideshare experience in innovation.

“I’m truly appreciative of this prestigious award because it reflects the hard work of several PHL team members who leaned-in to pivoting our TNC [Transportation Network Company] operation during the pandemic,” said PHL’s Deputy Chief Revenue Officer Adam Mitchell. “We look forward to partnering with Uber and other PHL ground transportation providers to leverage new opportunities that further enhance airport efficiency, guest experience, and sustainability in the future.”

“Faced with worsening congestion amid a roadway construction project, Philadelphia International Airport set out to rethink how vehicles access its roadway system. PHL realized that rideshare volume had grown significantly in recent years and decided to dedicate a commercial road for rideshare pickups. As part of the reconfiguration, the airport invested in weather shelters, deployed enhanced wayfinding, and partnered to launch Uber’s ExpressMatch technology," said Andy Jeninga, Uber's General Manager of Airports, who was on hand to present the award to the PHL team with Quinn Hatoff, Uber's Head of East US Airport Partnerships, and Kate McMillan, Uber's Head of US&C Airports Business Development.

According to Uber, ExpressMatch automatically repositions drivers who are near the top of the virtual queue from the waiting lot to a secondary area, designated by PHL. As drivers enter the new road, license plate reader technology verifies the vehicle against real-time data and the driver is matched with a passenger in a seamless, near zero-wait manner. 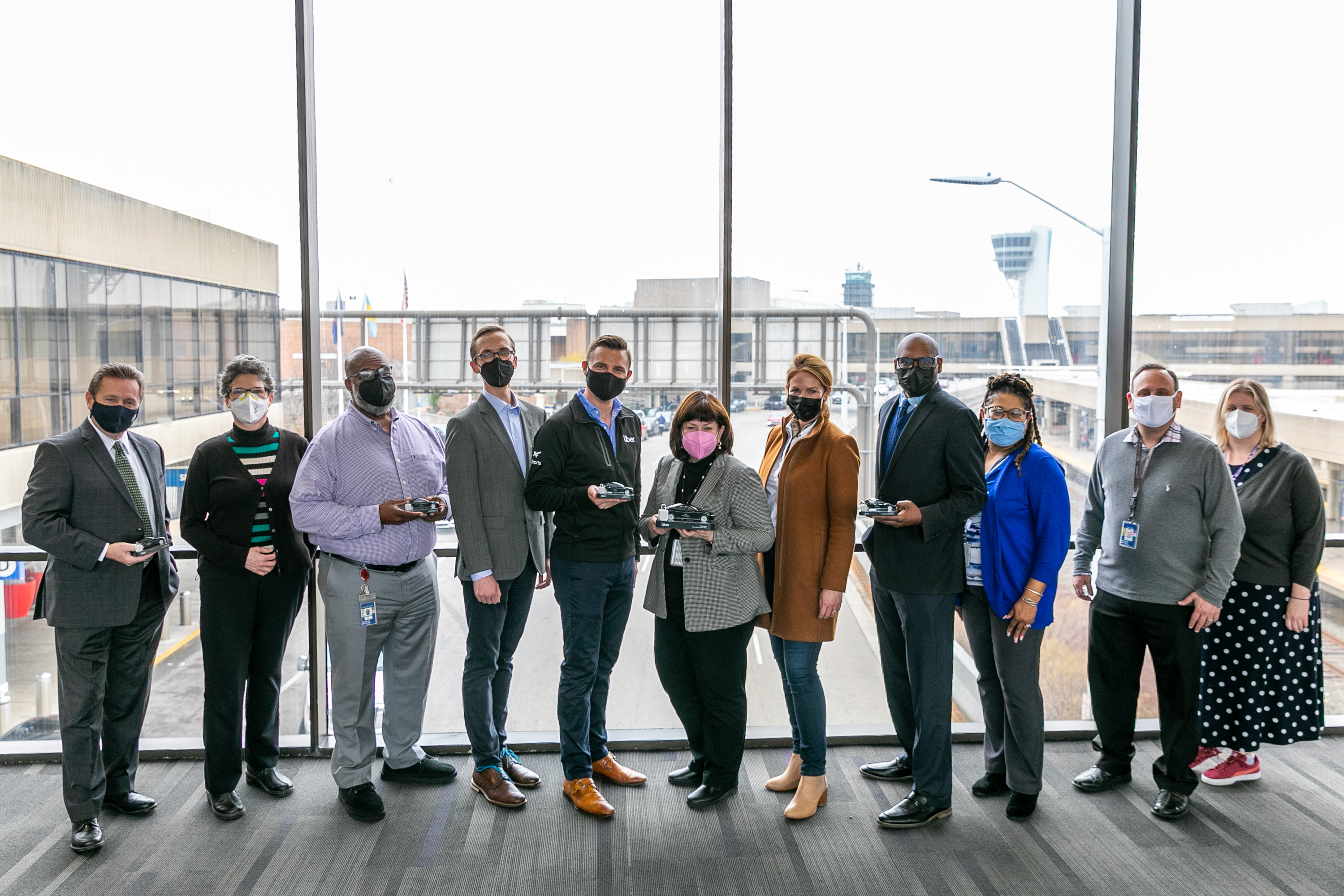