The launch of the airlines’ summer schedules on March 26 marked the return of several American Airlines’ transatlantic routes at Philadelphia International Airport (PHL) for the first time since 2020. To celebrate the return of nonstop service to destinations including Barcelona, Madrid and Lisbon, the PHL Airport Art Program commissioned local artists to create special designs for pins given to passengers and flight crews. The artwork highlights the destinations with specific colors or by featuring well-known landmarks.

“We’ve incorporated our artists’ work into pins for our passengers previously, but this was the first time we’ve asked artists to create destination-themed pieces,” said Leah Douglas, Director of Guest Experience at PHL and Curator of the Airport Art Program. “The artists had fun using their creativity to depict the cities and the passengers and flight crews were surprised and excited to receive keepsakes commemorating their trips.” 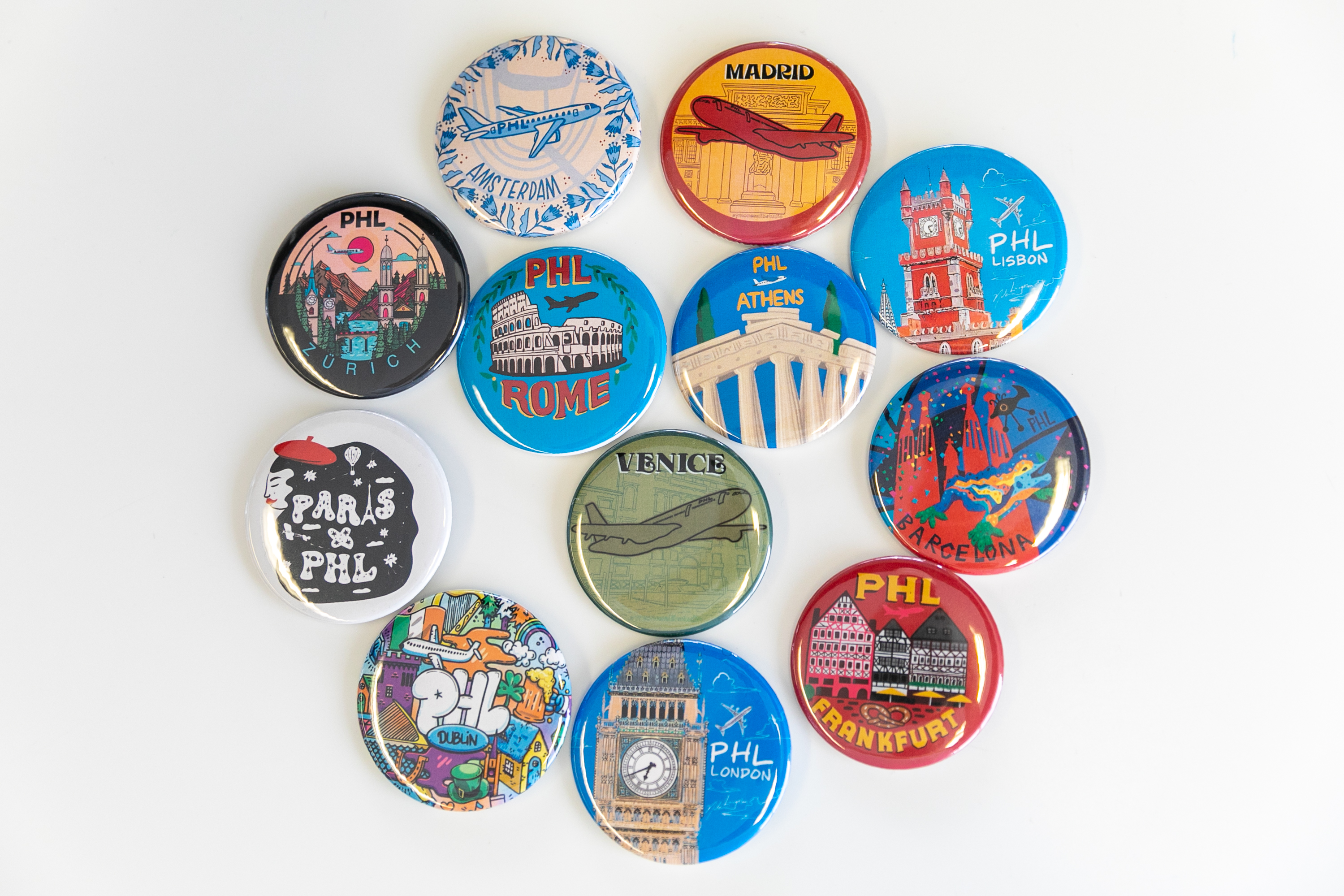 Artists that designed celebratory pins were:

Lufthansa resumed its Philadelphia-Frankfurt service on March 28. Aer Lingus returns with its PHL-Dublin service on April 7—for the first time in two years.