About Faces of Philly, Urquhart said that the four portraits are symbolic of the “people and residents of Philadelphia.” It’s the people that make Philly, “Philly.” They are individuals who are significant in the artist’s life—the mailman, a restaurant owner, a friend, and an arts advocate. Urquhart described each, “The ﬁrst is my mailman, a charismatic soul who anyone can have a conversation with. He is a light to the neighborhood and has such a kindness to him. The second portrait is a restaurant owner who is an advocate for women supporting women as well as supporting the community in whatever way she can. The third, is one of the ﬁrst friends I met when I moved to Philly. He is one of the most genuine happiest people I know and is a huge part of the Queer community. The fourth person is a woman who is an inspiration and mentor in the arts community. She has made such a strong impact on the direction of the arts and continues to inspire and promote upcoming artists.” 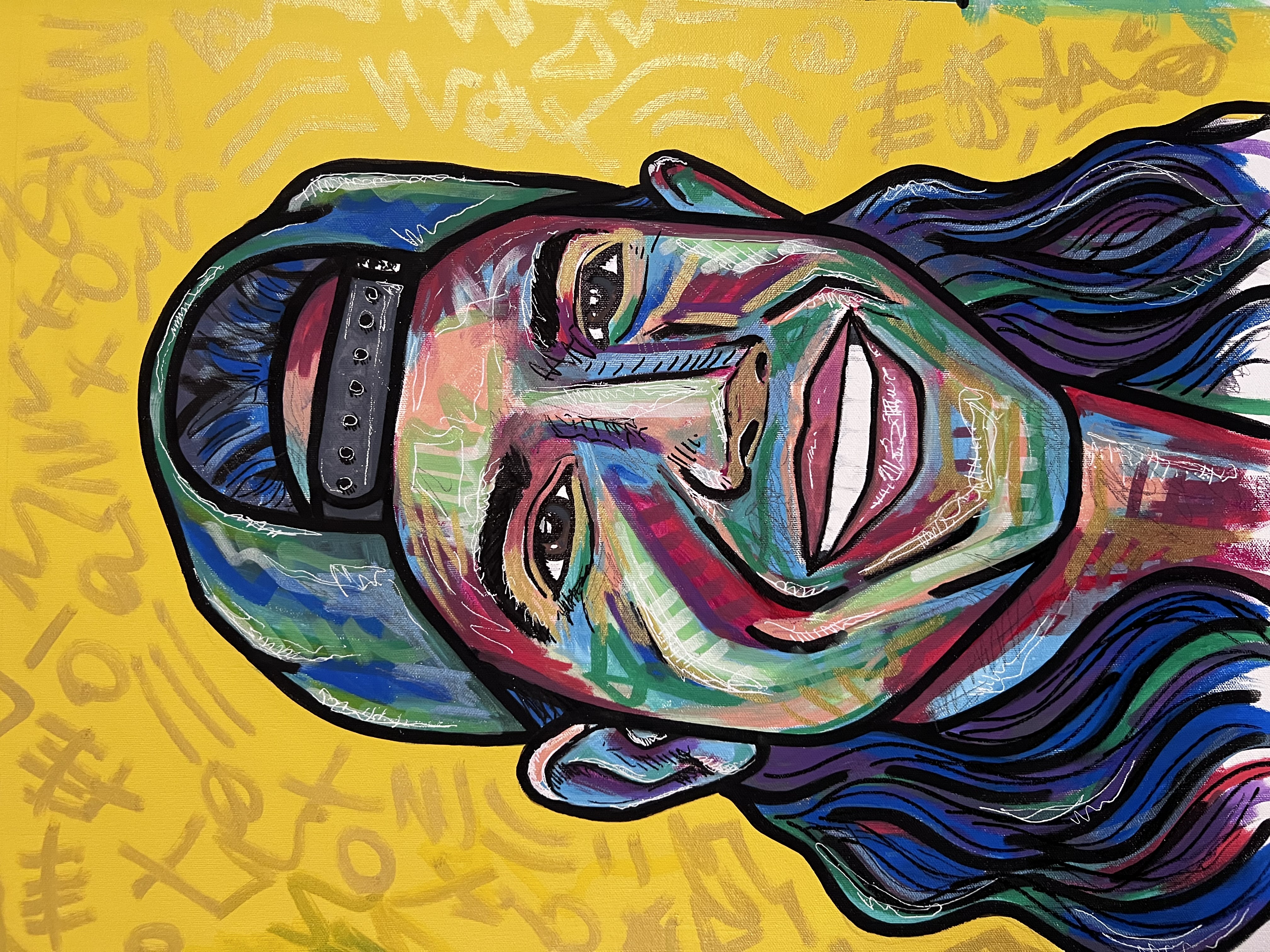 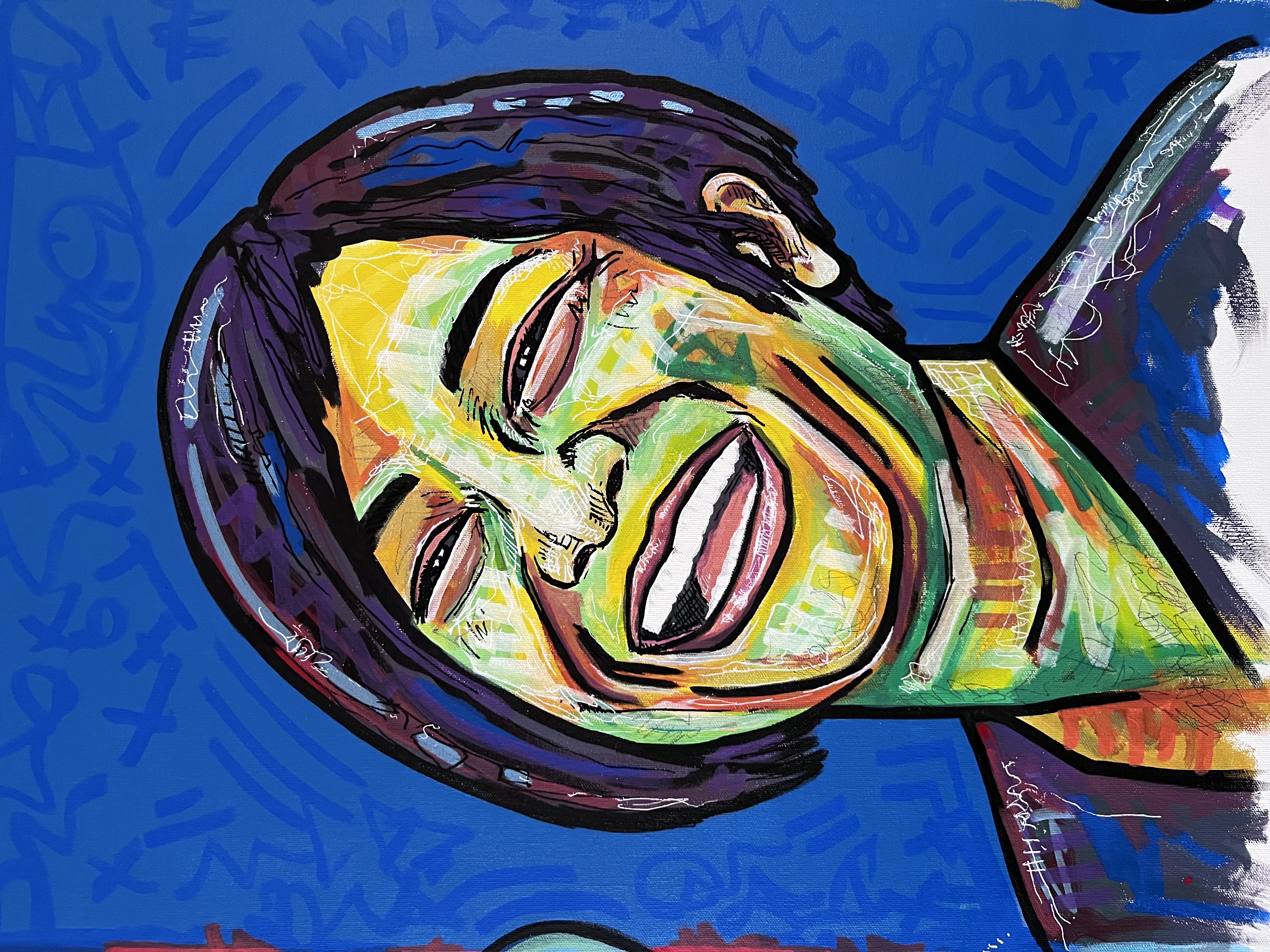 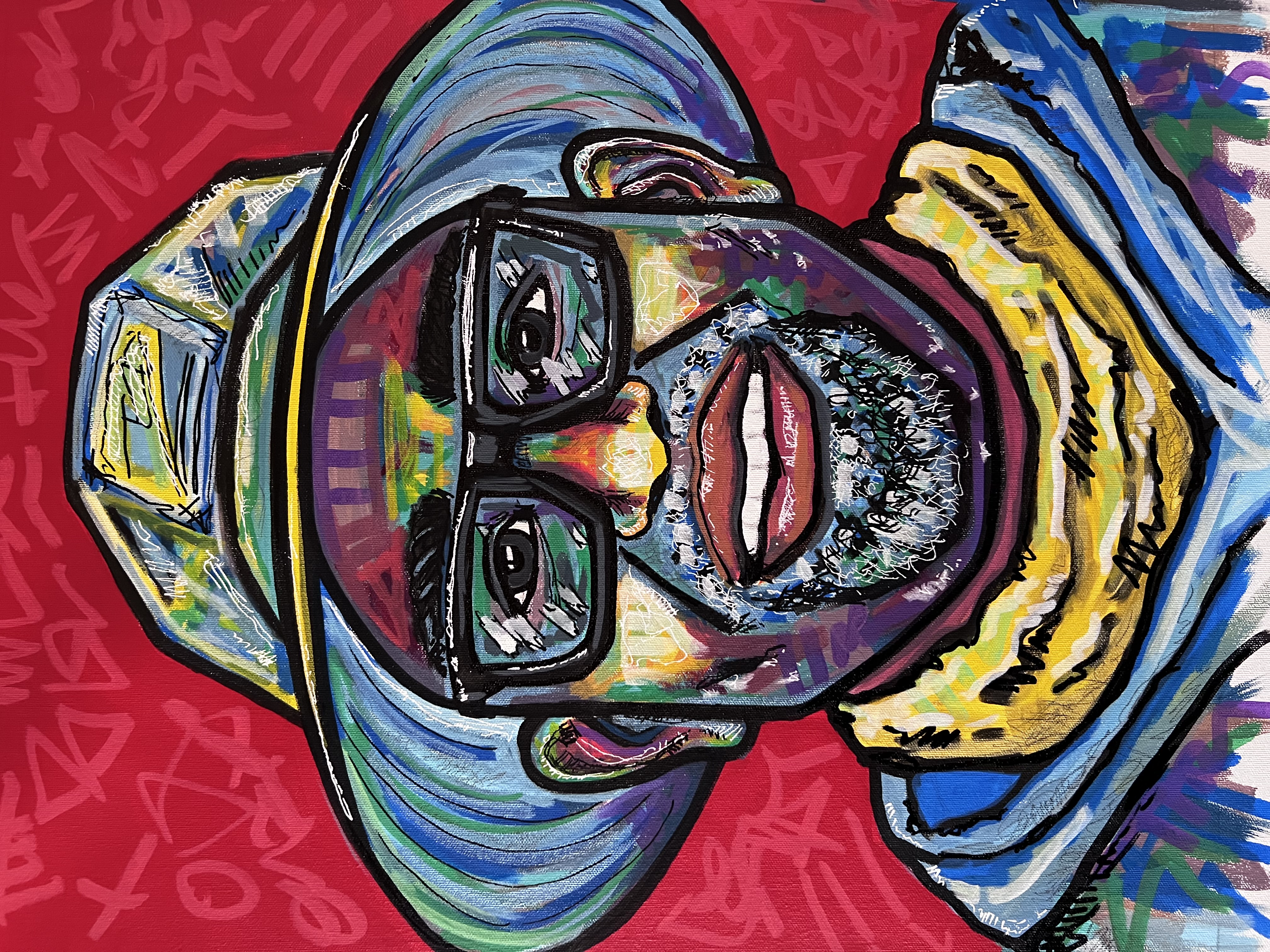 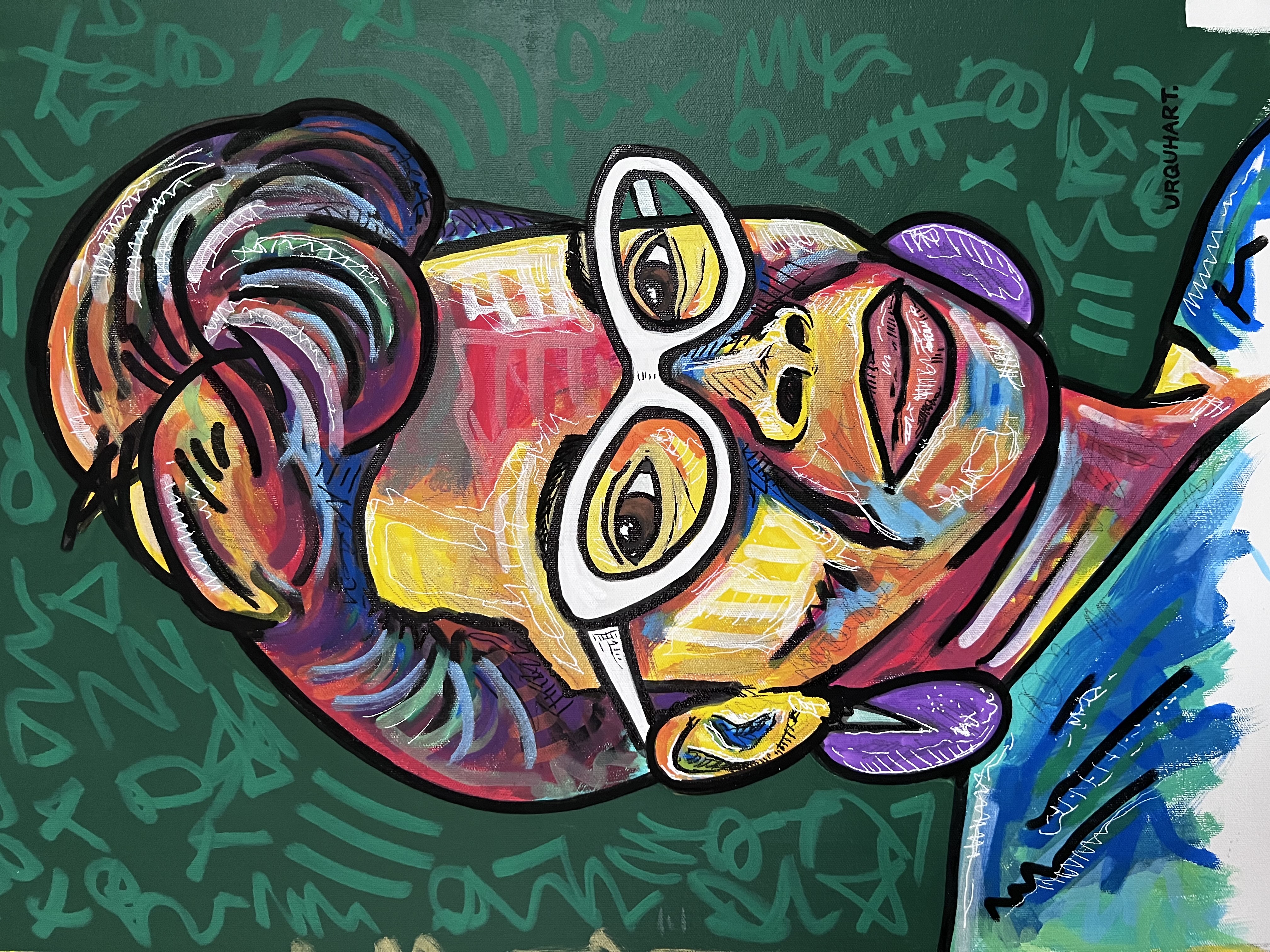