June 23 is International Women in Engineering Day. The City of Philadelphia’s Division of Aviation celebrates the women engineers who make aviation safer, faster, and greener each year.

According to the Society of Women Engineers (SWE), since 1982, women have earned almost 10 million more college degrees than men.  And even though women are earning more degrees, a 2018 survey revealed that only 15 percent of engineers are women.

“June 23 is not just a day for cheering on our colleagues,” said Api Appulingam, Deputy Director of Aviation, Capital Development. “It is also a day to show girls and young women the possibilities of a career in aviation, aerospace, chemistry, electronics, and construction - and those are just a few of the dozens of interesting paths the field of engineering has to offer.”

Learn more about the airport's women engineers and their work:

Last year, the Division of Aviation released a short video to recognize the accomplishments of the women in engineering who make PHL and PNE world class airports: 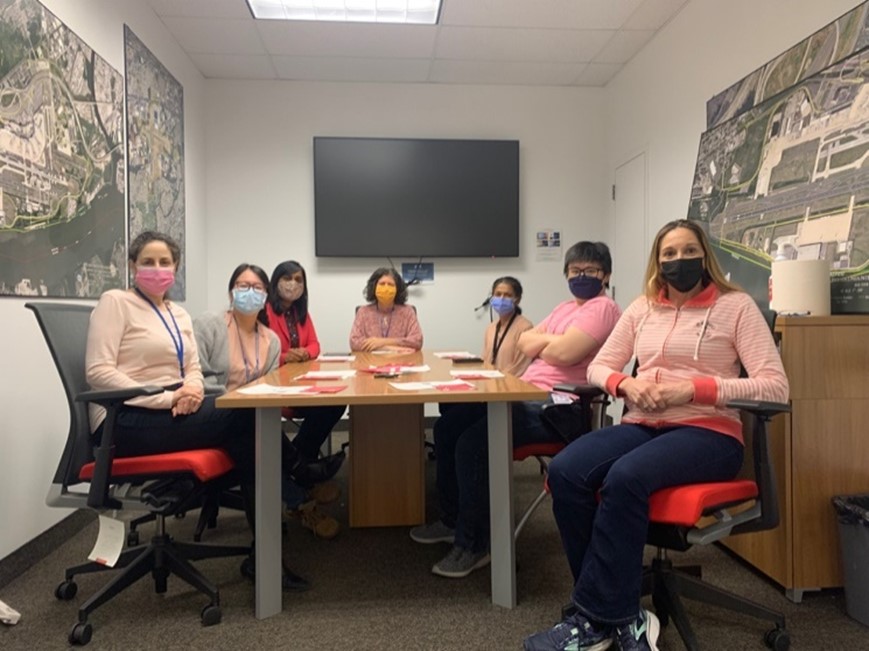 In March, several Capital Development women gathered to celebrate International Women of Aviation Worldwide Week (iWOAW), a global aviation awareness week for girls and women.  They marked the occasion by participating in the Pink Paper Plane Challenge™.  Their purpose was to celebrate women in aviation and bring attention to the gender imbalance in the air and space industry.

Today and every day we celebrate all our women in engineering!