Skip to main navigation
Art as a Champion for Social Justice

Artists often use their mediums to share their interpretation of current events, convey how what is happening in the world has impacted their lives and introduce audiences to different points of view. Guests traveling through Philadelphia International Airport (PHL) will note that the work of several artists on exhibition through the PHL Airport Art Program was influenced by events happening in the U.S. and around the world.

“The challenges of the last year have been unprecedented, from the pandemic to civil unrest and social injustice,” said Leah Douglas, director of PHL’s Guest Experience Department and curator of the Airport Art Program. “From creating awareness of the work of Black and Brown artists and spreading messages of hope to conveying the need to reduce the use of single stream plastics many of the artists we have featured throughout the airport are using their work as a platform for social consciousness.” 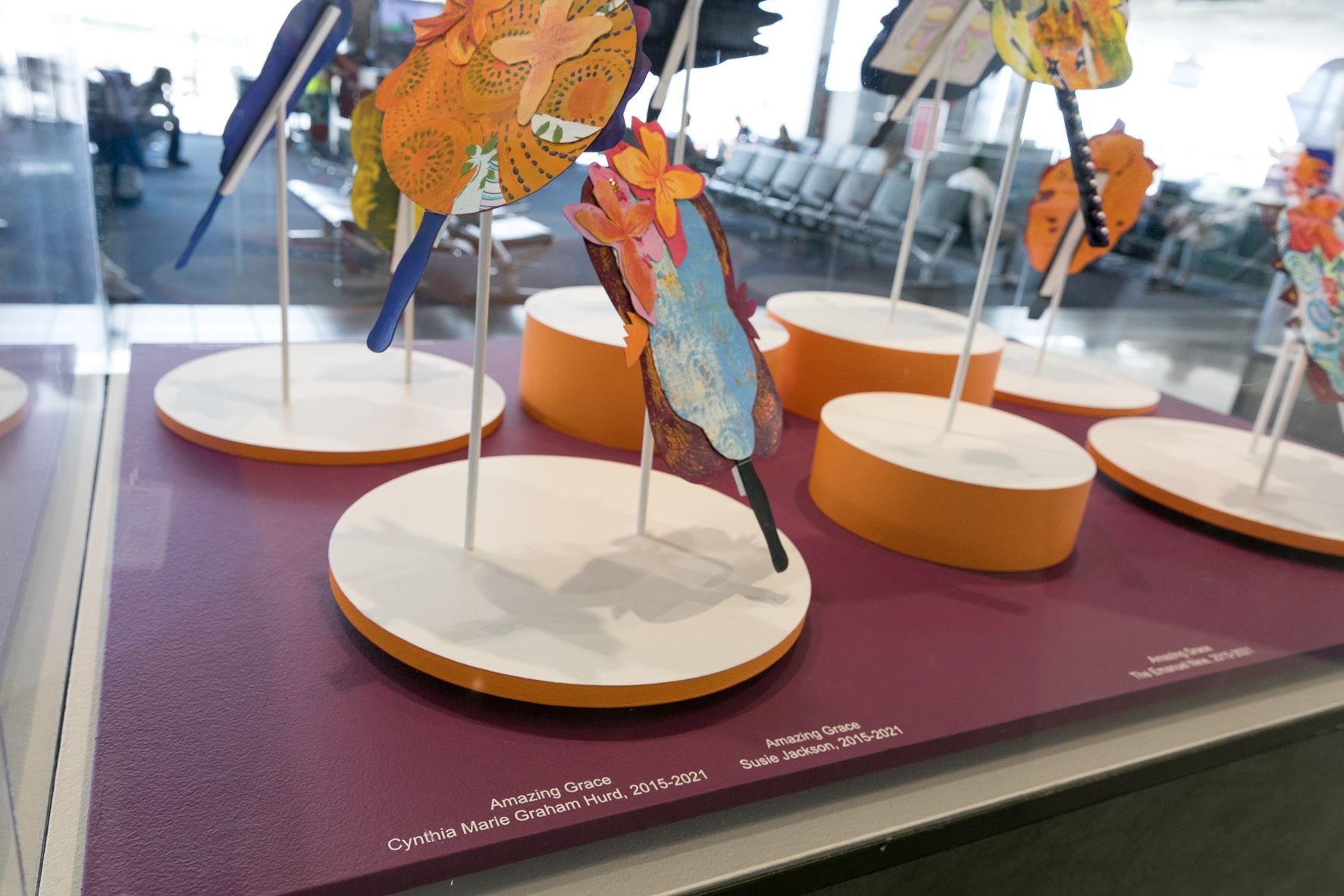 Philadelphia artist Ife Nii Owoo has been creating fans that combine hand-painted watercolor paper with photo-based images, monoprints, and recycled found objects since 2007. Owoo’s fans, with thick wooden handles and decorated blades, are styled after church fans that were traditionally found in places of worship without access to air conditioning and are still part of the Black church experience. 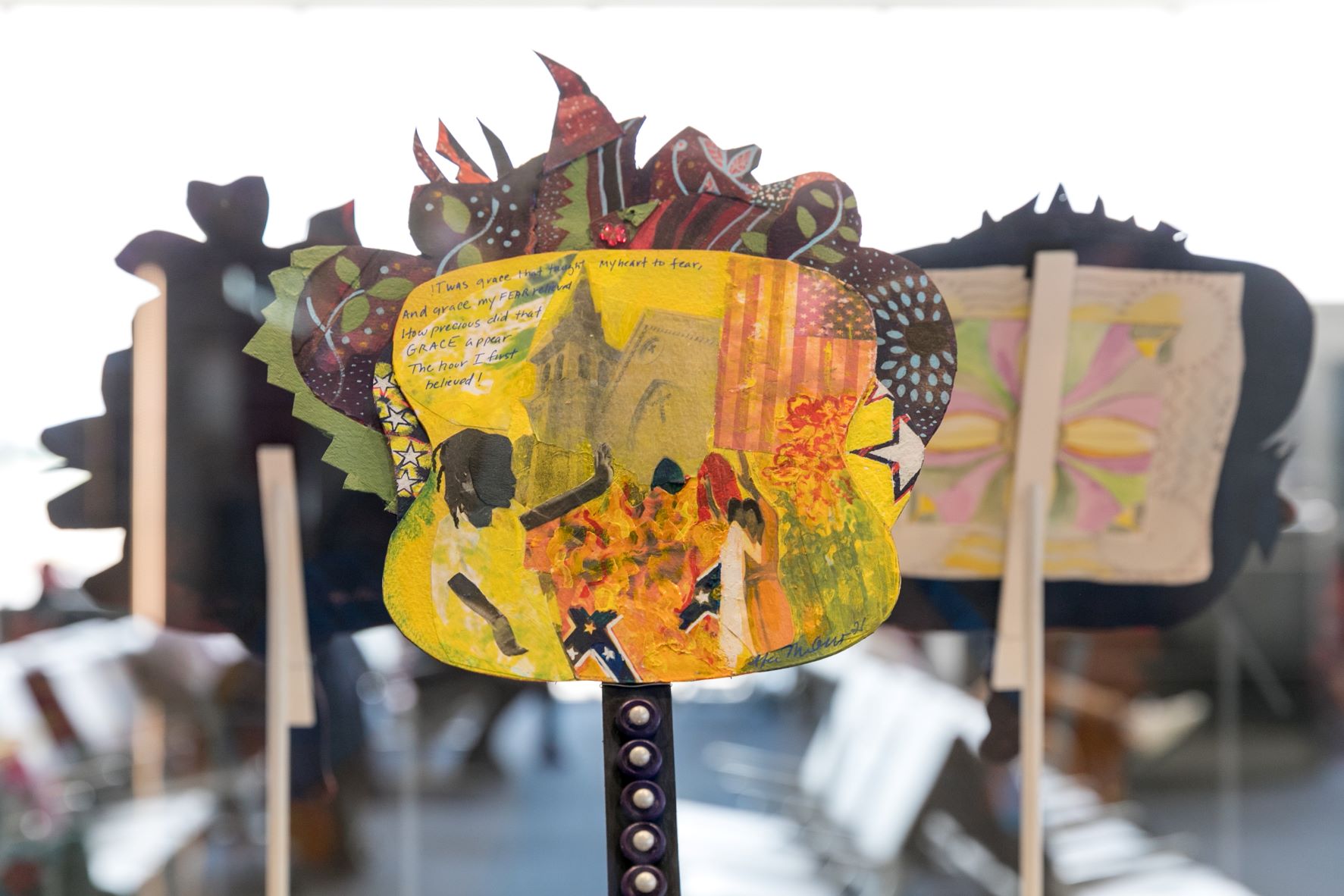 “I have used the fan as a medium or shape to record family memories, speak against Jim Crow, and call for mercy and justice,” said Owoo, who draws upon her family history and memories for inspiration. The fans, she says, are “a platform to create a spirit of memory and amulets of protection.”